liI was in the bus today. Not very full; mainly older people down the front and a young guy on the row behind me. A young asian guy got on and went up to the back. He started talking to the first guy - seemed he knew him, or thought he did.

I didn't hear what they said, but suddenly the asian guy grabbed the other by the shirt and started pushing him around, yelling and swearing loudly at him. An older couple further down told him to mind his language, and said if they wanted to fight they could get off the bus. Fair enough.

But then another older man started saying "Go back to Afghanistan" (despite the fact there was no reason to think he was from there) and making other similar comments. He repeated these comments at intervals throughout the journey.


Things calmed down, the first young guy settled at the front of the bus, and, after another altercation the asian guy got off.

Passengers indignant that driver wasn't doing anything, first guy indignantly assuring everyone he'd never seen him in his life before. As I got off, I felt indignant too. Not because of the fight, but because all old people are basically a bunch of racists.

But - wait a minute!

Have I not just done the same thing? I may not be racist - but if I label all old people as racist I'm just as bad. Just as prejudiced.

Easy to see the speck in other people's eyes. The plank in your own's a bit trickier. 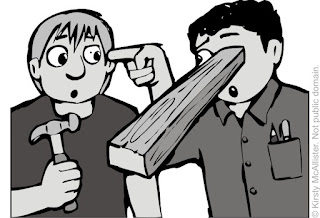 Not as easy as it sounds

The problem with this blog is I'm not a natural writer, so I can't just dash things off quickly that will sound good. I have all kinds of ideas of things to say, but I need to take time to edit and re-edit and re-edit... Which is probably not the priority in my life.
Posted by Kirsty at 21:28:00 7 comments: 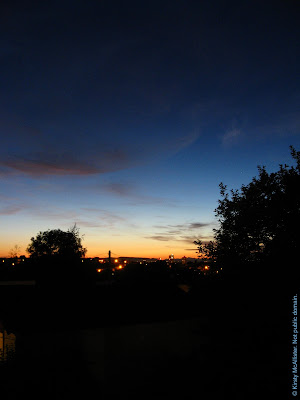 Well, it is in  the southern hemisphere...

My mum and dad forwarded this to me from Argentina, and since Google is ignoring the summer solstice at our end I thought I'd share this one with you.
Posted by Kirsty at 14:58:00 No comments:

We're on the maiden voyage of the first passenger liner to the colonies on Mars. Our hero, a writer, faxes his observations back to earth. He typed them on a manual typewriter.
He takes photos with a colour film, which he brought specially. But he'll have to wait till he gets back to earth to have it developed - they can't do it on Mars.

A line caught my eye in the Metro yesterday:
"He doesn't deserve mercy."

But that's the point of mercy.

Mercy is not: "Well, what you did wasn't so bad really, so I'll let you off."

Mercy is: "What you did was absolutely inexcusable. However, in spite of this, I'm going to let you off, although there's no reason at all why I should do so."
Posted by Kirsty at 22:39:00 No comments:

Email ThisBlogThis!Share to TwitterShare to FacebookShare to Pinterest
Labels: Mercy

My computer is finally all backed up. Very, very, very important. Should have been done long ago.

I used Dropbox. You keep all your files in a Dropbox folder, and they will automatically be updated to the internet whenever saved (and to your other computers if you have them).

It's the ideal system for me, as anything that involved me actually doing anything would not happen.

The only downside is that you can't have it uploading while you're working, as it slows the computer way down. Leaving the computer on all night for a month was the only way to back up everything. But that was over 80MB, so fair enough.

Email ThisBlogThis!Share to TwitterShare to FacebookShare to Pinterest
Labels: computers 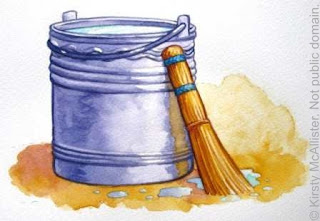 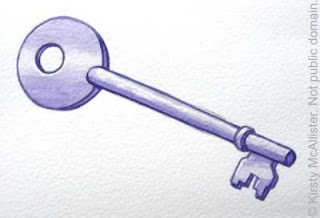 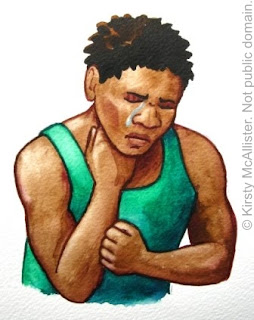 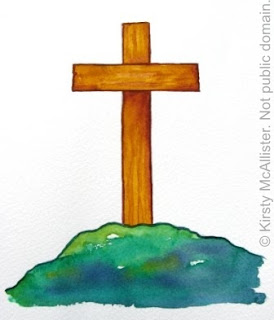 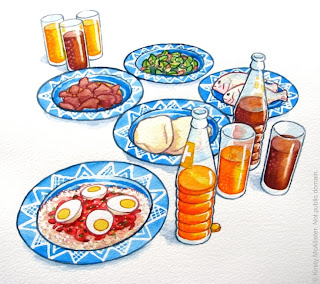 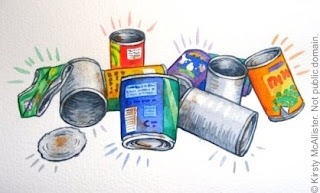 It was worth doing some simple ones, as it made me feel I was getting somewhere. So the many hours spent on the last one weren't so bad.

I do feel I'm getting the hang of what I'm doing a bit better. It's 3 years since I did my last lot of watercolour illustrations - no wonder I was forgetting what to do!

The style's still a bit all over the place, though; the sad picture is far more 3D, for example. It's the more realistic style that's throwing me; I'm much more comfortable with the stylised watercolour pics I've done in the past.

Aaaargh! It's so difficult to lay out pictures in Blogger!
Posted by Kirsty at 20:34:00 No comments:

I was face painting on Saturday. Did a new version of my design sheets, which I'm very pleased with. 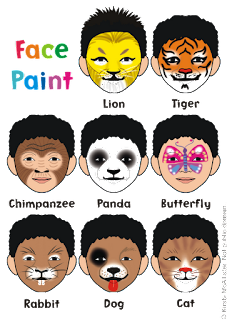 All the animals are zoologically correct - which is unusual, but why not? It's just as easy to do, and looks just as effective. The one exception is the butterfly - when a wee girl wants to be a butterfly, pink and glitter is usually what she's after! Although one girl asked for yellow and green - she had beautiful red hair, and it looked great. 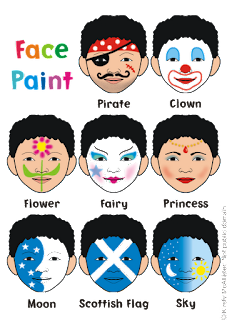 What I'd really like to do is make instruction sheets (I saved the intermediate stages in my colouring) to help the younger ones learn. I could maybe even make it into a book. When I have time...

It was a good day. We raised lots of money for kids' camps in Tanzania, and also got to play on the bouncy castle. I was by far the oldest on it.
Posted by Kirsty at 11:17:00 No comments: