The wait is over! 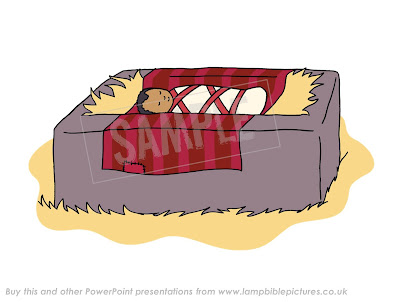 While they were there, the time came for the baby to be born, and she gave birth to her firstborn, a son. She wrapped him in cloths and placed him in a manger, because there was no guest room available for them.

In the past God spoke to our ancestors through the prophets at many times and in various ways, but in these last days he has spoken to us by his Son, whom he appointed heir of all things, and through whom also he made the universe. The Son is the radiance of God’s glory and the exact representation of his being, sustaining all things by his powerful word. After he had provided purification for sins, he sat down at the right hand of the Majesty in heaven. 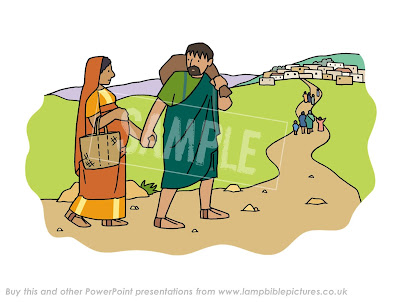 So Joseph also went up from the town of Nazareth in Galilee to Judea, to Bethlehem the town of David, because he belonged to the house and line of David. He went there to register with Mary, who was pledged to be married to him and was expecting a child.


This is Merral in his armour, from The Dark Foundations by Chris Walley. Drawing sci-fi armour is not something I ever do, so I have no guarantees this actually makes sense. Also, it's from memory so may not be entirely accurate.

I got the pose from Jazza Studio's anatomy reference pack.
Here's how the drawing progressed. I started it out as a 'life' drawing, but always with the intention of using it to draw this final picture. Killing two birds with one stone. 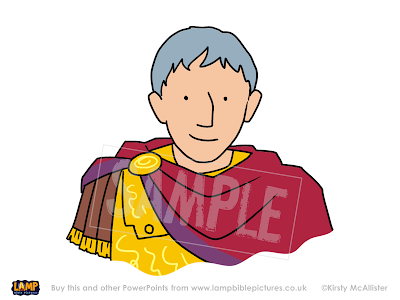 In those days Caesar Augustus issued a decree that a census should be taken of the entire Roman world. (This was the first census that took place while  Quirinius was governor of Syria.) And everyone went to their own town to register.

I wonder if it would work for all cultures, though. Their style of drawing was similar to ours, but some are more different. I remember my dad telling me about some remote place where they showed various pictures of animals and the locals couldn't make anything of them until they were shown one where it was like a splayed out animal with two legs at each side, and that made perfect sense. 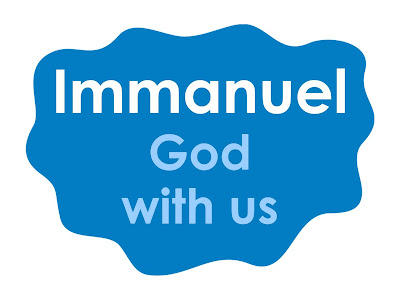 All this took place to fulfil what the Lord had said through the prophet: ‘The virgin will conceive and give birth to a son, and they will call him Immanuel’ (which means ‘God with us’). 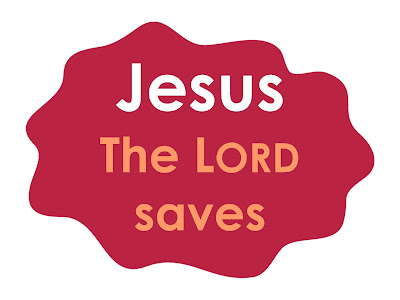 ...and you are to give him the name Jesus, because he will save his people from their sins.’

Does this rule actually have any use?

Teacher: *Shows picture of elderly lady* In the temple there was also a lady called Anna.
Child: From Frozen?
Posted by Kirsty at 21:19:00 No comments: 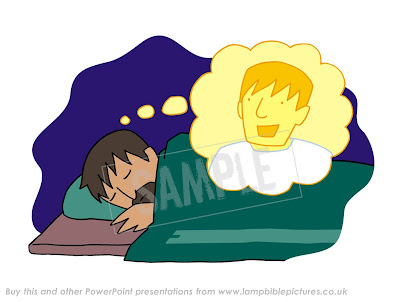 This is how the birth of Jesus the Messiah came about: his mother Mary was pledged to be married to Joseph, but before they came together, she was found to be pregnant through the Holy Spirit. Because Joseph her husband was faithful to the law, and yet did not want to expose her to public disgrace, he had in mind to divorce her quietly.

But after he had considered this, an angel of the Lord appeared to him in a dream and said, ‘Joseph son of David, do not be afraid to take Mary home as your wife, because what is conceived in her is from the Holy Spirit. She will give birth to a son... 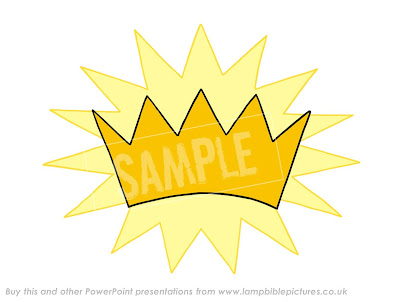 He will be great and will be called the Son of the Most High. The Lord God will give him the throne of his father David, and he will reign over Jacob’s descendants for ever; his kingdom will never end.’

‘How will this be,’ Mary asked the angel, ‘since I am a virgin?’

The angel answered, ‘The Holy Spirit will come on you, and the power of the Most High will overshadow you. So the holy one to be born will be called the Son of God.

This was a nice, easy craft for our nativity Sunday. They could choose anything they liked from the Christmas story. We've been focussing a lot on the prophecies of Jesus as king this Christmas, hence the crowns. I think the tall picture is the temple from Simeon & Anna. 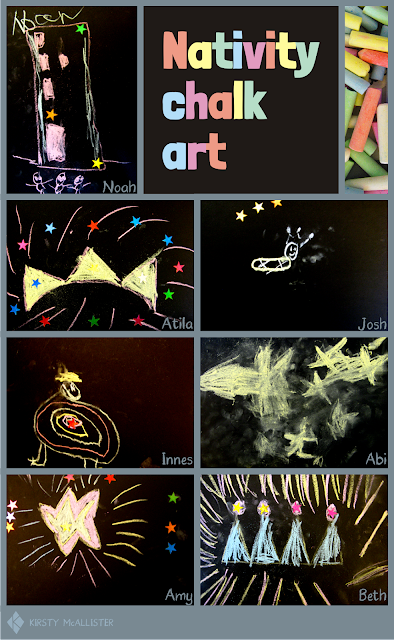 You can currently get 25 sheets of black card for £1 from Poundland, which is pretty good.

Before that, we played Nativity story pass the parcel - idea from Flame Creative Kids. Though I used mostly pictures from the wise men story (not christmas cards), as we'd already done Jesus' birth and Simeon & Anna, so that was the next installment.

And because they were young children who were ever so slightly wound up, I pochled it to make sure that I got the final prize - I wasn't sure how any of them would take being told they had to share it with everyone else :-)
Posted by Kirsty at 23:29:00 No comments: 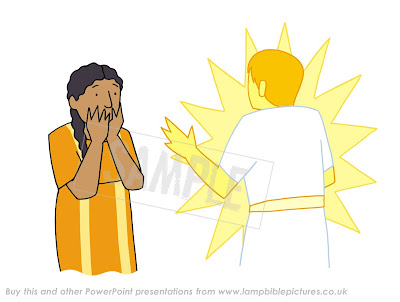 In the sixth month of Elizabeth’s pregnancy, God sent the angel Gabriel to Nazareth, a town in Galilee, to a virgin pledged to be married to a man named Joseph, a descendant of David. The virgin’s name was Mary. The angel went to her and said, ‘Greetings, you who are highly favoured! The Lord is with you.’
Mary was greatly troubled at his words and wondered what kind of greeting this might be. But the angel said to her, ‘Do not be afraid, Mary, you have found favour with God. You will conceive and give birth to a son, and you are to call him Jesus.

It's our nativity on Sunday, and the children will be singing. I'm looking for the cardboard sheets I use to mount the words of the song (in case they need a prompt). For several years, they​ were propped up against my bookcase. Obviously that was a really silly place to leave them, so, at some point, in a fit of tidiness, I evidently put them somewhere sensible. Before, I could have laid my hand on them in an instant. Now I have no idea where they are.

The moral: Never, ever tidy. 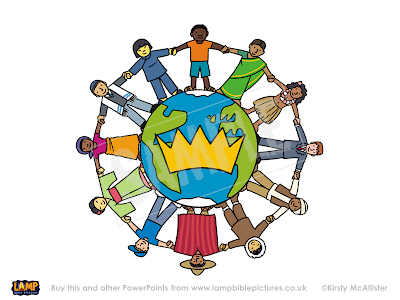 And they will live securely, for then his greatness
will reach to the ends of the earth. 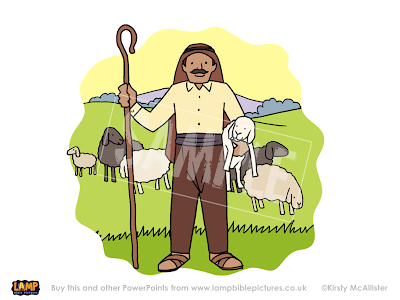 He will stand and shepherd his flock
in the strength of the Lord,
in the majesty of the name of the Lord his God.

If you think you are standing firm... 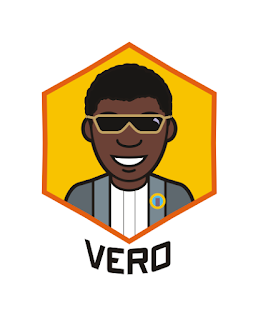 Luke cradled the cup. "What drives him?"
"Something very deep and very dark." Vero paused, trying to express something he felt was inexpressible. "Nezhuala reminds me of Jannafy. There is the same hunger for knowledge, whatever the cost. The same hatred of boundaries. The same desire to go further than he ought."

Oh Vero, he reminds me of someone else. Take a look in the mirror. The envoy told you that cleverness is not the same as wisdom. You have good intentions, but with the hindsight of having read the books multiple times, I know where you're heading, and it's not good.

And of course, fiction is like reality. In real life, too, it's so easy to see flaws in others which we are blind to in ourselves.
Posted by Kirsty at 11:58:00 No comments: 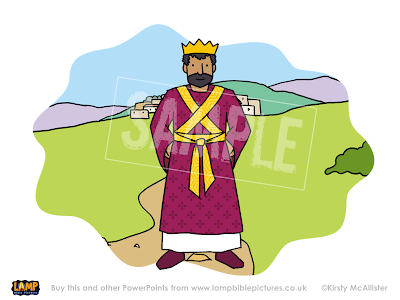 ...out of you will come for me
one who will be ruler over Israel,
whose origins are from of old,
from ancient times. 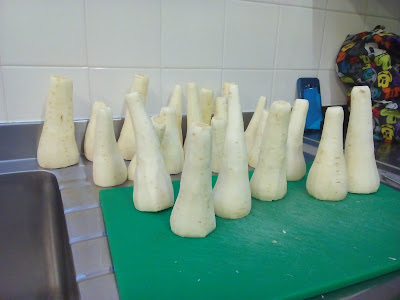 Wouldn't these look good with cranberries and raisins attached somehow, as if they were stylised Christmas trees?
Posted by Kirsty at 22:12:00 No comments: 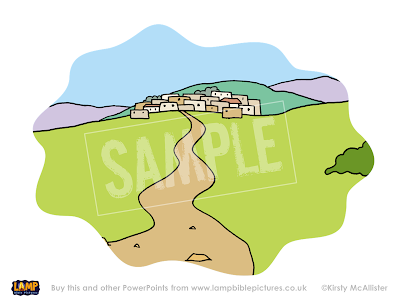 But you, Bethlehem Ephrathah,
though you are small among the clans of Judah...

Marshal your troops now, city of troops,
for a siege is laid against us.
They will strike Israel’s ruler
on the cheek with a rod. 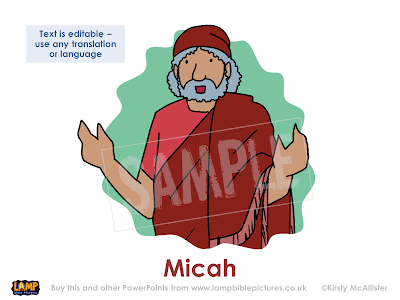 The word of the Lord that came to Micah of Moresheth during the reigns of Jotham, Ahaz and Hezekiah, kings of Judah – the vision he saw concerning Samaria and Jerusalem. Hear, you peoples, all of you, listen, earth and all who live in it... 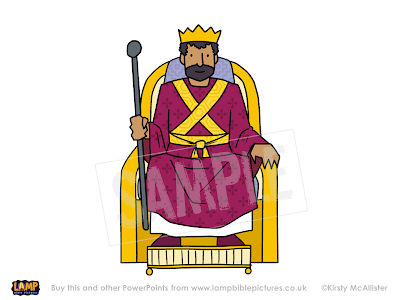 Of the greatness of his government and peace
there will be no end.
He will reign on David’s throne
and over his kingdom,
establishing and upholding it
with justice and righteousness
from that time on and for ever.
The zeal of the Lord Almighty
will accomplish this. 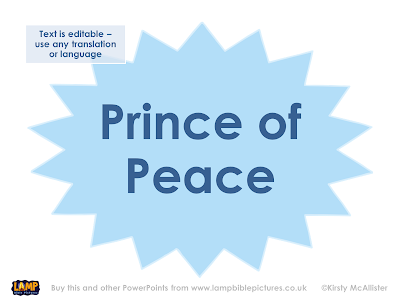 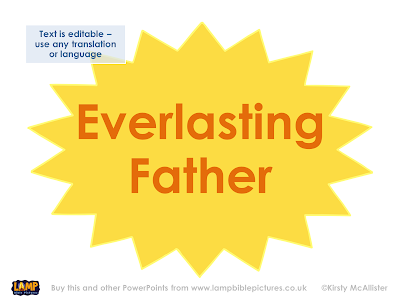 And he will be called...
Everlasting Father 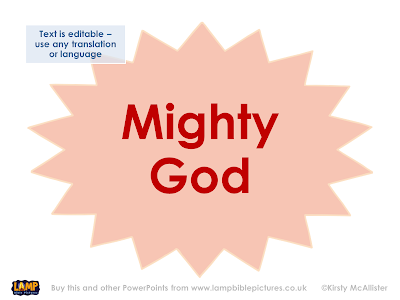 And he will be called...
Mighty God 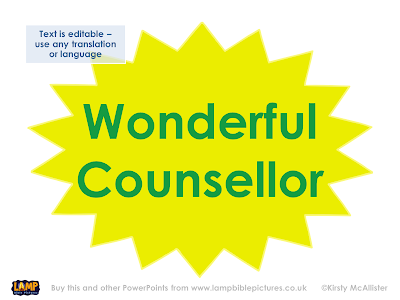 And he will be called
Wonderful Counsellor 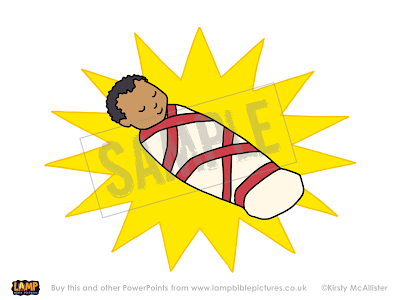 For to us a child is born,
to us a son is given,
and the government will be on his shoulders. 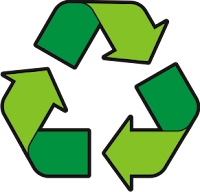 I've been making new signs for the recycling bins at the church, listing what can be put in them (e.g. paper, plastic bottles, cans) and what can't (e.g. plastic bags, disposable cups).

However, it seems I may need to be even more specific. I was interested today to find in the recycling bin a fish supper. Yes, quite.
Posted by Kirsty at 23:13:00 2 comments: 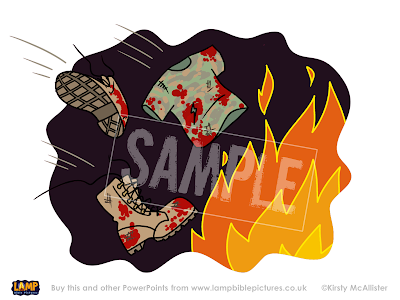 For as in the day of Midian’s defeat,
you have shattered
the yoke that burdens them,
the bar across their shoulders,
the rod of their oppressor.

Every warrior’s boot used in battle
and every garment rolled in blood
will be destined for burning,
will be fuel for the fire. 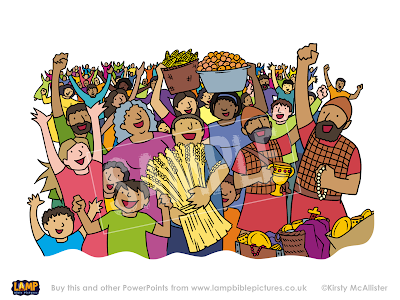 You have enlarged the nation
and increased their joy;
they rejoice before you
as people rejoice at the harvest,
as warriors rejoice
when dividing the plunder.

I know, yesterday's was really depressing - but I think that in that context today's is even better: when you see why the people were in darkness. 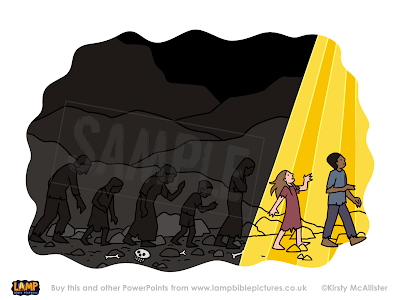 Nevertheless, there will be no more gloom for those who were in distress. In the past he humbled the land of Zebulun and the land of Naphtali, but in the future he will honour Galilee of the nations, by the Way of the Sea, beyond the Jordan –

The people walking in darkness
have seen a great light;
on those living in the land of deep darkness
a light has dawned.
Isaiah 9v1-2

Here's a song that goes really well with these verses: 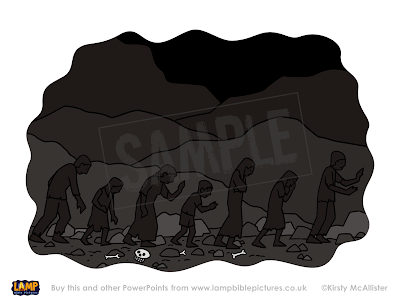 Consult God’s instruction and the testimony of warning. If anyone does not speak according to this word, they have no light of dawn. Distressed and hungry, they will roam through the land; when they are famished, they will become enraged and, looking upwards, will curse their king and their God. Then they will look towards the earth and see only distress and darkness and fearful gloom, and they will be thrust into utter darkness.

My Lamp Bible Pictures are now available in Switzerland. :-o

A few months ago one of my customers contacted me. She was now working for a Swiss media centre which provides RE media for Swiss schools, churches etc. She was sure their members would like my pictures, but would find it hard to buy from an English language site.

So, to cut a long story short, we worked the licensing details out (including a contract on paper - never had one of those before!) and the first one is available today, with a new one available each day over advent, with the themes based on a Jesse tree.

The vision concerning Judah and Jerusalem that Isaiah son of Amoz saw during the reigns of Uzziah, Jotham, Ahaz and Hezekiah, kings of Judah.