This is me drawing 'pencils' for an illustration for a new PowerPoint. Took about 40 minutes in real life - this is 4x speed.

This took far longer to edit than record!


[Edit - just discovered that, while the word used for 'spring' does not necessarily mean a well, it clearly is called a well in v13 - oops!]
Posted by Kirsty at 14:51:00 No comments:

Water, water everywhere, and not a drop to drink

I was watching an episode of Stargate Atlantis in which someone comments that 'it takes forever to get things from Earth that aren't vital to the success of the mission'.

Elsewhere in the episode, there are several scenes in the cafeteria:


Is it vital to the mission that they have Evian water to drink? 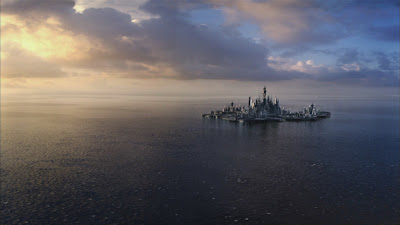 Admittedly, the water surrounding it is salt water. But surely an ultra-high-tech city like this would have a desalination plant?

Or, if they really want spring water, the mainland isn't too far away.

I can easily suspend my disbelief to accept that they have found the lost city of Altantis in the Pegasus galaxy, and that they have a ship with hyperspace drives that they can use to get there.

This is how I drew it at first. It's fine: 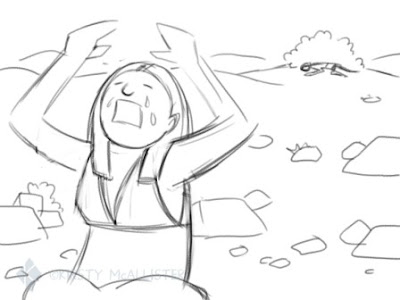 This, however,  looks so much better: 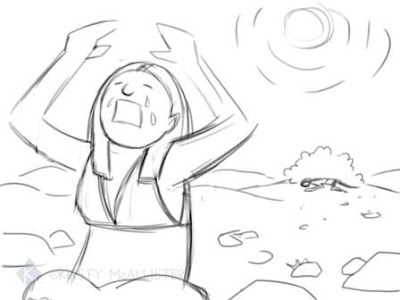 How to confuse people.

You're making a video demonstrating a website plugin which people can use to add features to their online shop.

The product you demonstrate buying from the shop is the plugin itself.

It would be much easier to follow if you made a dummy shop selling T-shirts or something.

(Also, give people no info on how to download the plugin once they purchase it. [Edit: I contacted them and they had updated their site and accidentally missed out the download button 😂])
Posted by Kirsty at 17:50:00 No comments:

I liked this scene anyway, but something I read made me think of it in the context of God the Father, Jesus, and the cross - vague parallells only, of course. (Now that I think of it, Vala is basically Peter in Matthew 16.)

Brief context: Daniel is trying to make a vital weapon, using a machine which nearly killed a former member of their team a few years ago.

He did not even spare his own Son but offered him up for us all.

A spoonful of sugar

A couple of years ago I did a poster about sugar in drinks for a friend who is a teacher.


Unfortunately, a ceiling leak ruined it, so she asked me to make a new one.

What was fascinating, was how much less sugar there is in many of the drinks than there used to be.

I also added a teaspoon beside each, with the approximate number of teaspoons of sugar written on it. Much more meaningful than grammes. Frijj has 10¾ teaspoons!?! (although that is two full glasses).
Posted by Kirsty at 20:19:00 No comments: