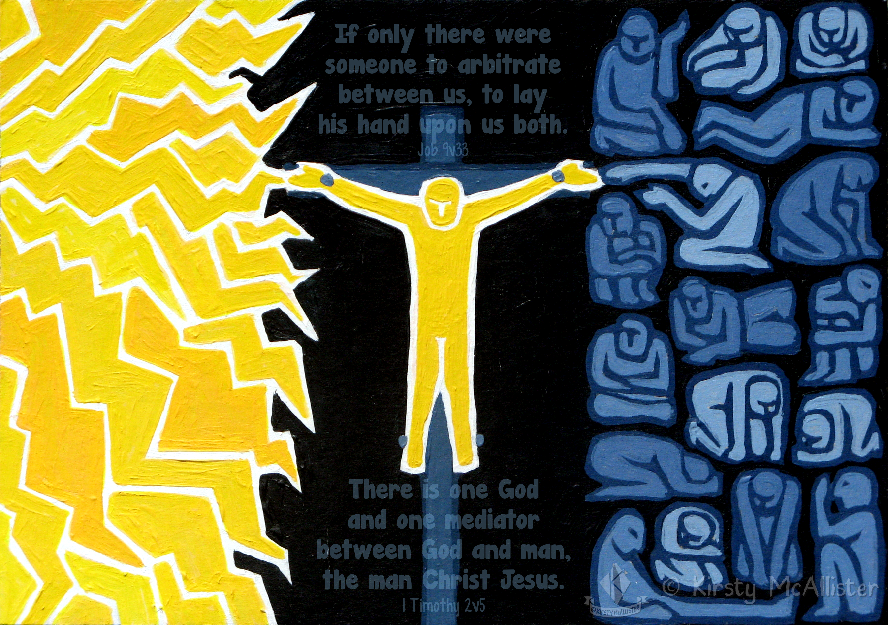 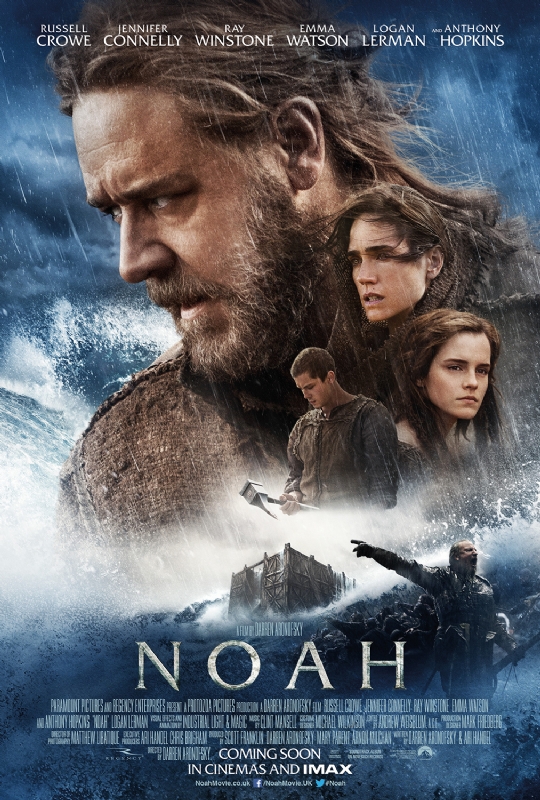 If you are looking for a faithful retelling of the biblical account, this is not it. It’s a sort of biblically inspired fantasy with loads of stuff added and changed. Fortunately I was aware of this beforehand, and therefore went determined to enjoy it (or not) for what it was. But I admit my expectations were rather negative.

However, after seeing it  I’d say I was generally positive, with a few major negatives and some minor ones.

Some of my thoughts, listed as pros, cons (and just odd).


PRO: Epic. This was not a twee Sunday School story

PRO: The world is not a ‘bible times’ world, but has industry and technology.

CON: Costumes were stereotypical dreich dystopian costumes. I felt they started off quite good, but seemed to get dreicher and dystopianer. I like colour – I’m sure they would have invented such things as dye and decent sewing. Also, they were in the ark for ages – could they not have made it a bit more home-like? They can’t have had much else to do. Unless they were too traumatised to bother, of course. 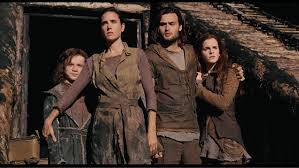 PRO: Bits quoted (more or less) from the Bible.

PRO: God was real, and he created a perfect world. Creation was epic (if the order was a bit muddled).

ODD: Adam & Eve were glowing and bald before the Fall!

PRO: The Fruit was not an apple. The Tree had two trunks - an interesting design decision, which I assume was because it was the tree of the knowlege of both good and evil - wish I'd thought of that!

PRO: Adam & Eve – and then humanity in general  - messed it up, and God’s judgement was just.

PRO: The silhouette montage showing Cain killing Abel and then flicking through wars and killings throughout history up to the present day. 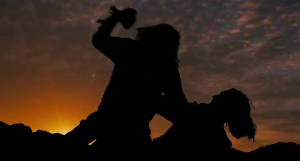 PRO: “The earth was corrupt in God’s sight, and was full of violence” – absolutely.

CON: But a little less chaotic in places could have been good – more sophisticated, ‘respectable’ sins could have been included too. And maybe not so unrelievedly obviously negative either - the fallen world of Genesis also has pastoral nomads and flute players. Sin can be subtle.

PRO: Unlike the popular Sunday School version, Noah does not beg people to come into the ark. Some people have criticised the film for this, but it's not in the Bible! In fact, in the film he fights them to keep them off, which seems a bit wrong at first. But they're not people casting themselves on God's mercy and begging to be saved - they're people trying to grab salvation for themselves.

CON: There was at least one bit (can’t remember what, now) that I felt was a bit too disturbing for a 12A.

CON: While God speaking to Noah in dreams/visions was good, as was some ambiguity, in real life God didn’t leave so much to Noah’s interpretation (with nearly tragic consequences). God seemed a bit too remote.

ODD: There w ere these big gnarled stone creatures, which were pretty cool. 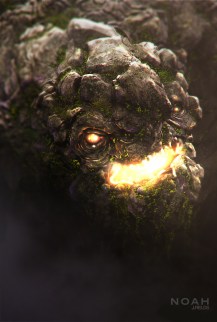 I particularly appreciated the character design in that there was one main one that was recognisable and also managed to look like a sympathetic character – not easy! But...

CON: ...they were supposed to be fallen angels, and they seem to have been chucked out of heaven because they had wanted to help humanity after the Fall, which made them partially good guys, and gave a negative view of God.

ODD: They were eventually pardoned by God – is this even possible? The Bible doesn’t categorically say, but, thinking it over – if humans can ultimately only be pardoned by God sacrificing himself, what basis could he pardon angels on?

CON: God’s mercy on humans was not quite so clear – the ultimate choice of whether humanity survived was described by one character as a choice that God gave Noah (although God seems to have approved of his choice). Whereas, in reality God himself chose to let us survive despite what he knew it would cost him.

PRO: Miracles were real. God provides what is needed (even unexpectedly after people have given up.)

ODD: Trees to make the ark miraculously grew  – why? Maybe they felt they needed to show God at work in the world before the flood? But then, they avoided having God speaking clearly. Hmmm...

PRO: The ark was an interesting design. Also, it was BIG. It did not have giraffes’ heads poking out the top☺ 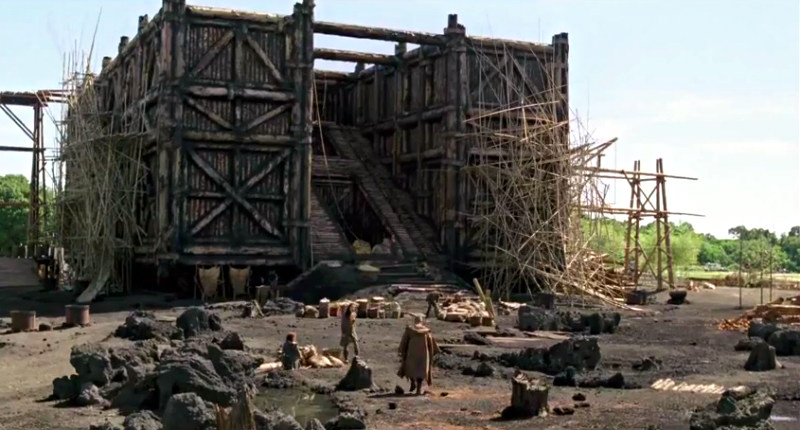 PRO: The animals weren’t that clear, but gave a general impression of being a bit prehistoric. I liked the bits where they came to the ark. 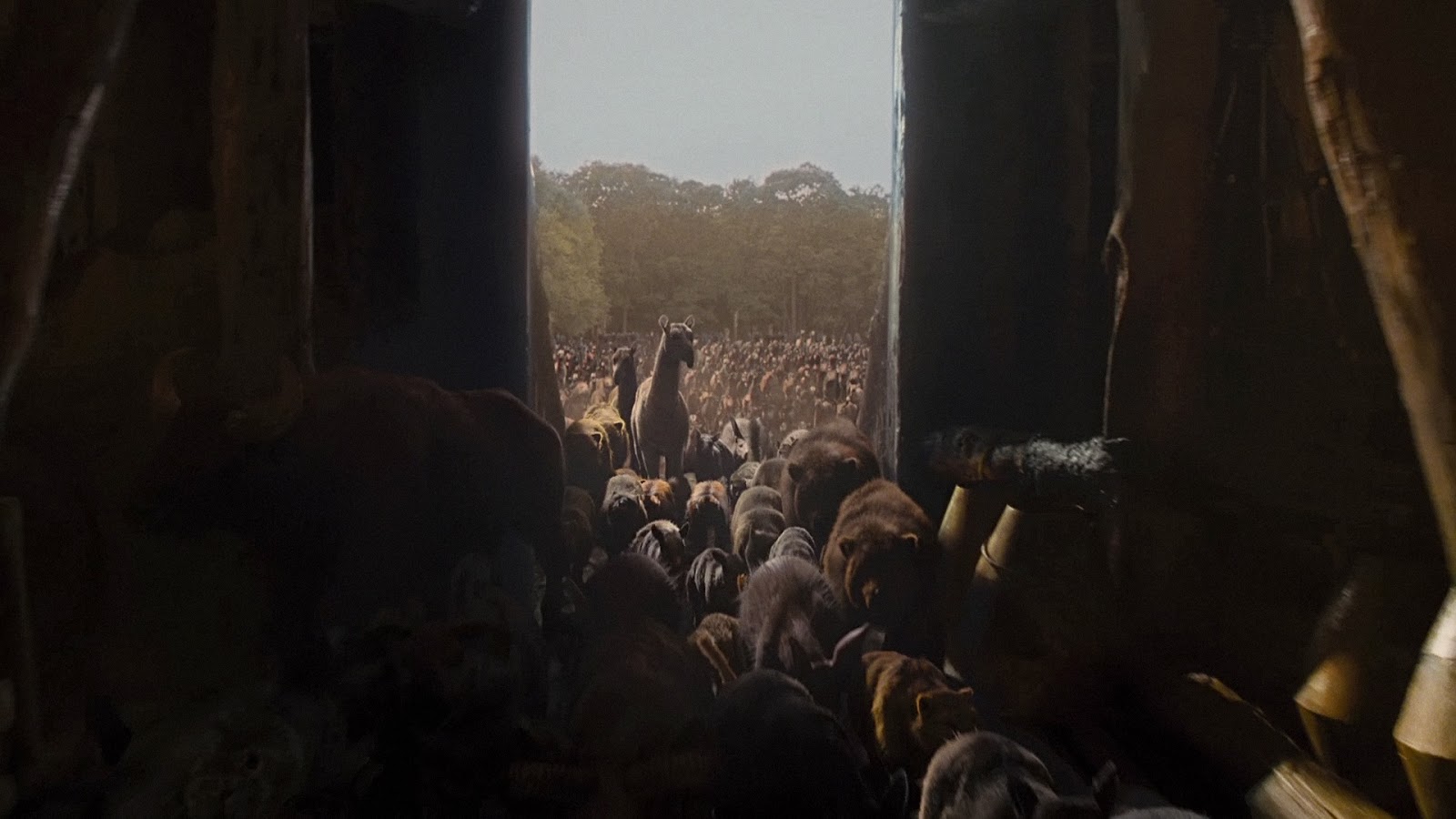 PRO: The flood was BIG – we see a view from space of the entire earth covered in swirling cyclones. The water was not just a rainstorm, but there were the ‘fountains of the great deep’ spouting up, and walls of water, and general dramatic mayhem. 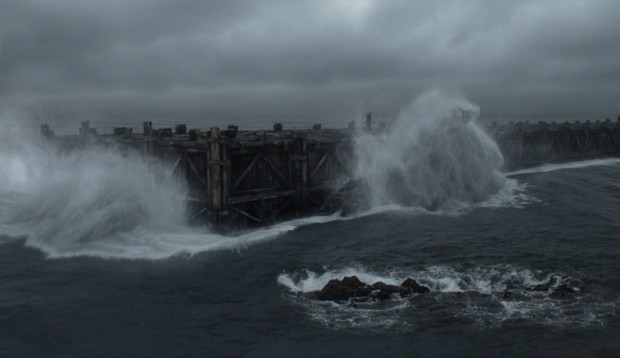 PRO: The flood and destruction was a terrible and horrific thing. Noah and his family really struggled with it – something I had not thought of before.

PRO: Tubal Cain was an interesting character – he  sometimes seems almost sympathetic – but then his arrogance toward God keeps coming out.

PRO: Ham was an interesting character, muddled with different messages about what it means to be a man (he thinks it means to have a wife, his father says it means to fulfil his responsibilities, and Tubal Cain says he is now a man when he kills).

PRO: Noah was not some kind of plaster saint. He realised that there is evil in all humanity, including himself, not just the ‘bad guys’ who were wiped out. 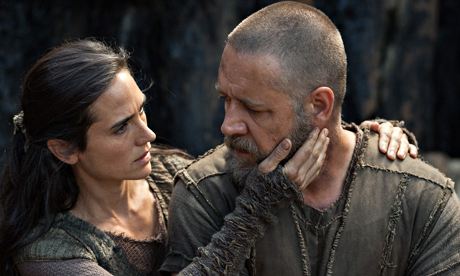 CON: This leads him to become obsessed with the idea that God wants to wipe out all humanity and therefore he must kill Shem’s baby. For the latter part of the film (too long) this is the major plot point, and Noah seems to stop being a good guy altogether for some time.

ODD: He thinks he should kill the baby if it is a girl who could become a mother. But obviously after the flood Shem & his wife could have more children he didn’t know about. So why not kill Shem’s wife instead?

CON: Every single human being was white – how could they be, if Noah’s family were supposed to be the ancestors of everyone that came after?

ODD: The skin the Serpent sloughed before tempting Eve is kept by Noah’s family and they wrap it round their arm like the strap of a tefillin when giving a blessing. I’m not sure why.

PRO: Whatever Noah’s faults, he almost never wavers from doing what God wants however hard. (The only time he does waver it’s just as well, because it was only what he thought God wanted.)

PRO: Lots of little Biblically accurate bits, like Methuselah dying in the year of the flood (in this case, in the flood).

PRO: Ditto for Noah & his family being vegetarian. Interestingly, the other people aren’t, which I suppose is possible.

PRO: Ditto for Tubal Cain being a metal worker.

PRO: Ditto for Noah getting drunk, lying naked and being covered by a rug by Shem & Japheth who are hiding their faces while Ham looks on – wasn’t expecting that one!

PRO: It did end on a rainbow. I was sure they couldn’t miss that out! (a rather odd rainbow, but one that clearly came from God)

There’s a danger in being biblically accurate that we focus on the details and miss the big picture. (Also there is the danger of being smugly self-congratulatory and nitpicking). While this film made no attempt to stick to many of the details, it was fairly good at getting the big picture. So, overall:

PRO: It was big. It was dramatic. It was not twee.

CON: Adding stuff is fine in a fantasy like this, but you could have been just as interesting without so much actual contradiction of the original.

PRO: God as the creator who judges the world justly for the mess we’ve made came over clearly.

CON: God as someone who speaks clearly and who absolutely wanted to have mercy on humanity did not.


It made me go back and read all of Genesis 1-9. Hopefully it will also send people who don’t know the story (beyond cute animals in a tiny boat) to the Bible to read it.


Gave me a few ideas for my illustrations – haven’t published my Noah PowerPoint yet, as it needs a little more work. [edit: I have now - it's here] I might make my ark more interesting, for example. As far as the drama is concerned, my style, and the fact that I need to keep things U or PG, obviously has some limitations. (Although small children can be quite gruesome – I asked the kids in Sunday School to draw the animals in the ark, and at least one added people drowning outside! But not all children are the same, and you need to be careful.) But I think I could get away with some tiny figures trying to flee the flood.
Posted by Kirsty at 13:00:00 3 comments:

If you can't explain it to a six-year-old, you don't understand it yourself.

Of course, another option is that you are just no good at explaining things to six-year-olds. But, it's a good point nonetheless.

*but not really by him, according to Wikiquote
Posted by Kirsty at 21:32:00 No comments:


I've been hearing this around lately. It's so cheerful (and true).