The importance of cover design

This is a girl's book. 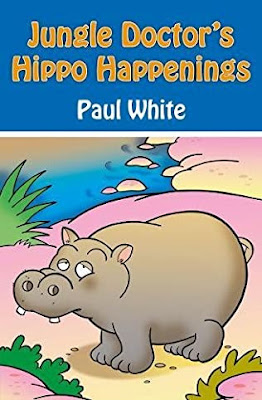 If I remember right, all the characters - and certainly the hippo - are male. The author is male. There's nothing girly about it.

But, as I discovered a few years ago, if you're a 7-year-old boy, it will look like a girl's book (and you will delight to point this out to your friend who recieved it).

Here's a colour tweak which would have made a huge difference: 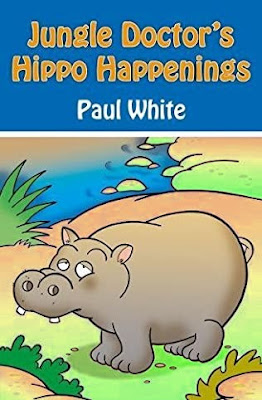 Although I think these old covers are better still: 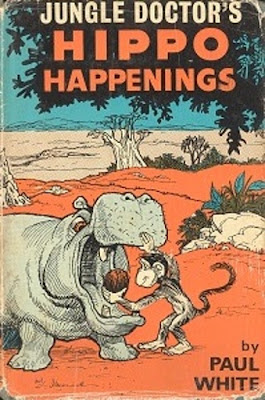 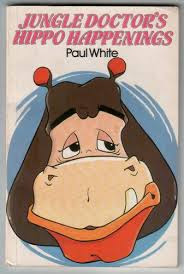 Realised I hadn't posted this yet. Finished a week ago. Jesus' last three I AM sayings. (resurrection & life, way/truth/life, vine) 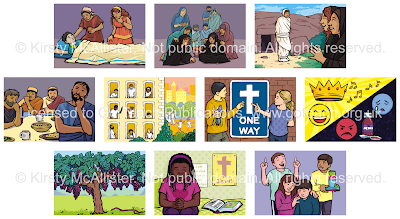 It was nice to illustrate some stories I've never done or seen in Go Teach before. I thought they explained complex ideas like 'abiding in Jesus' well. And we've never had a lesson that focusses so much on heaven before (plenty on how to get there, but not on why you would want to!). Although it's based on John 14, it also gets into Rev 21 themes.


Though with the current situation, when they'll actually get used is another question...

I tried to use complementary colours as I did last time, but I feel it was less successful - possibly because there aren't borders to bring out the colours. And I was doing it in rather a rush (partly my fault, partly not).

For your amusement, this is the original 'rough' I sent them, just to give an idea of content. A cobbled together mixture of my old illustrations in various styles, googled images, and clipart! 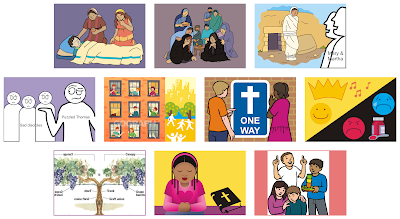 Uplighters are basically like whited sepulchures, which look beautiful on the outside, but on the inside are full of oose, burst balloons (not shown), mysterious objects that may be sweets or small crackers, and everything unclean. 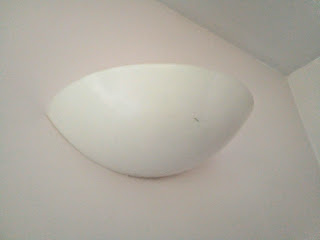 Why, when you buy felt tips, do they often come like this? 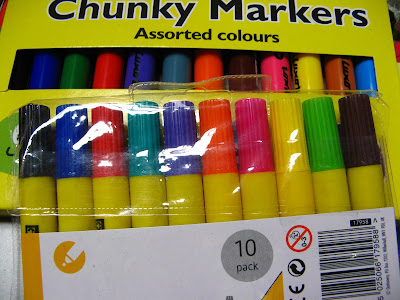 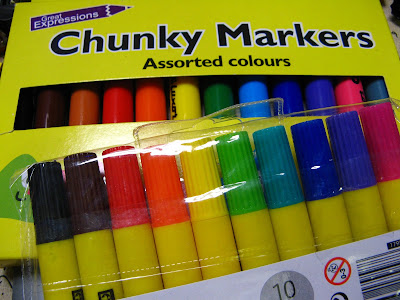 Here’s an idea for a simple, fun craft that brings out a lot of things from Lydia’s story. 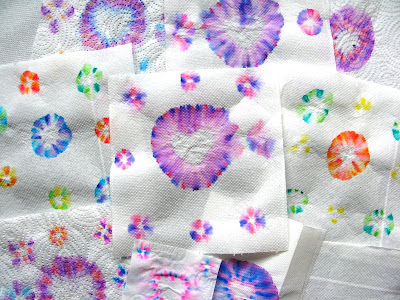 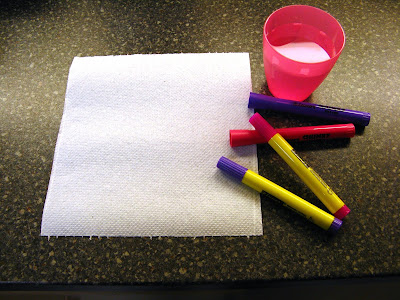 If you're teaching on Lydia, and you prepare the best lesson in the world, but neglect to pray that God will 'open their hearts to respond' you've kind of missed the point of the lesson you're teaching... 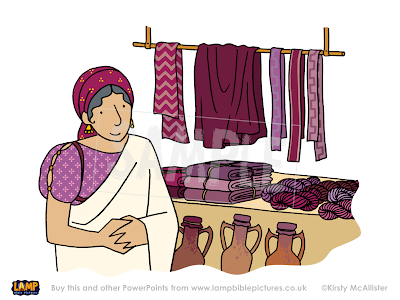 I need to make sure to practise the latter, without leaving the former undone.
Posted by Kirsty at 12:12:00 No comments:

A problem with illustrating the Bible

Many persons suppose he was on horseback, and painters thus represent him; but this is utterly without foundation. Painters are, in almost every case, wretched commentators.
~ Clarke*

But at the end of the day, you have to draw something. And unless the Bible spells it out, your choice does say something. If you draw him on a horse, you're saying he was on a horse. But if, because it doesn't say so, you don't draw a horse, you're not leaving it open to interpretation - you are saying that he was not on a horse.

Actually, in this case, the fact that Paul was later led by the hand suggests to me that he was not on a horse - and personally I avoid drawing horses whenever possible anyway! 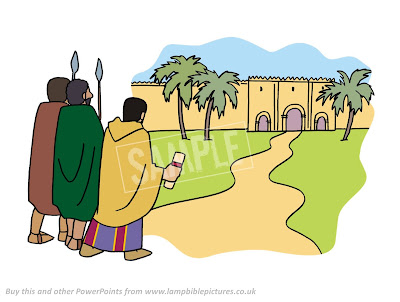 But there's so many things: was the person old or young? fat or thin? tall or short? brown or black or white**? And if we avoid any of these extremes, are we saying that the Bible is about boring, characterless people instead of real-life people like us?

What colour were Adam & Eve? Did Mary & Joseph ride a donkey? Were there three wise men? Was Mary Magdalene the same person as Mary of Bethany? Was she the sinful woman who anointed Jesus' feet? Was 'the disciple whom Jesus loved' John? Do angels have wings? ***

Every picture you draw makes a statement.


* Sorry, I have no idea this guy's full name - it was a quote in the commentary on my Bible app
** Not such an issue in the OT (though there certainly was more racial diversity than we tend to imagine or draw - which is also saying something). But by the NT - especially Acts - with the racial mix of the Roman empire...
*** My decisions for illustrations:
And all these may be wrong!

The weight of the world 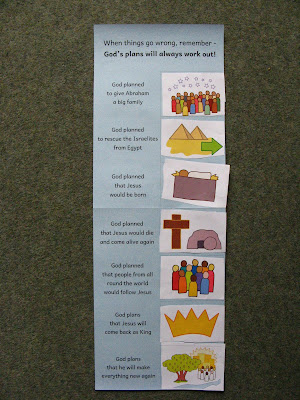 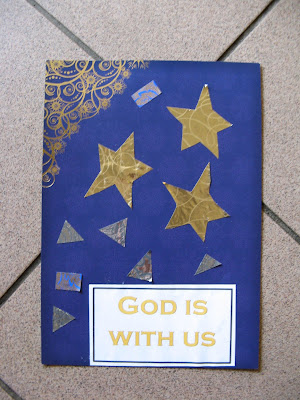 For the first time in weeks, there is flour in Morrisons.

The reason there has been no flour in the supermarkets has, apparently not been that there is not enough flour available. They're running the flour mills 24/7, and there's plenty flour. The problem is that usually most flour is packed in bulk, for commercial use. With the increased demand for home baking, the flour mills don't have the ability to pack large enough quantities of consumer-sized flour packets.*

So Morrisons has evidently hit on a solution: pack their own! 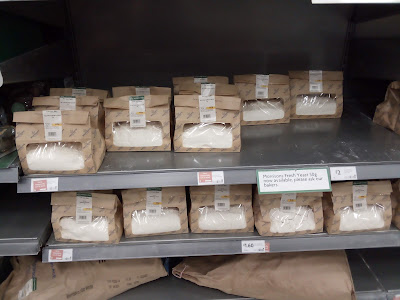 I wonder what those bags were originally intended for.