To make a fire escape plan more useful,
you need to add more info.
Which makes it more complex
which makes it less useful...

Although, tbh, I doubt anyone looks at them anyway. 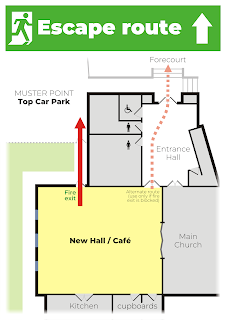 A game I've been working on as part of my next PowerPoint (David is chosen). Took waaaaaay longer than I anticipated!


I was originally just going to have two pictures in the PowerPoint: 1) the outward appearance, and 2) the outlines - some with red hearts (Christians) and some with grey hearts (not).

But judging by appearance is so ingrained that I was worried that it might backfire.

If the children were already prejudiced against a certain kind of person being a Christian, and that person was drawn with a grey heart, that might actually confirm their assumption that 'that kind of person definitely isn't a Christian' - even in conjunction with a verse that said the opposite.

Of course, I could make sure that all the 'less likely' people were marked as Christians and all the 'more likely' were not. But a) that would be silly and b) different people have different prejudices. Even in this country, never mind internationally.

So, in the PowerPoint itself, they all have red hearts. BUT there is also the game, and in that, random people are/are not Christians each time you play.


I suppose this could be classed as another example of Kirsty overthinking...
But I don't think so. As a Sunday School teacher, I am very aware of the unhelpful assumptions children make about these things. And the last thing I want to do is exacerbate them
Posted by Kirsty at 20:57:00 No comments:

The romanticism of the past

[Door opens with a spooky creeeeaaak]
And a drear enough place it was. Tallow candles glimmered in their niches, casting long flickering shadows out across the tall oaken desks and the ink-spattered ledgers that sat thereon. In short, it was the very acme of a soulless modern office.
"Why," said I, "This is the least spooky place imaginable." 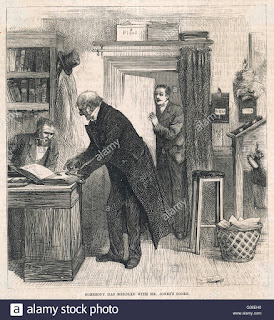