Haven't posted so many Sunday School crafts recently - partly because we don't do so many in the older class, and sometimes I don't get round to it.

I believe it was a last-minute idea. Very effective! 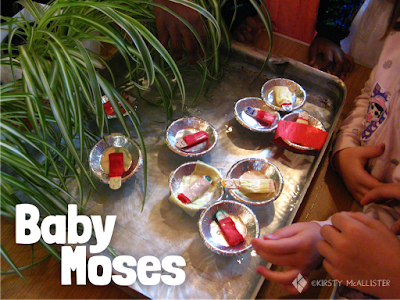 Jumbo lolly sticks cut in half (you can use scissors), crepe paper streamers (we attached them with a mixture of pritt stick and sellotape), foil mini pie dishes. Some of us drew a happy face on one side and a crying face on the other. Also a tin from the kitchen and the plants from the book cases.

The kids started off carefully floating them - by the end, some were deliberately trying to drown him 😂
Posted by Kirsty at 14:44:00 No comments:

Poundland can see me coming :-) 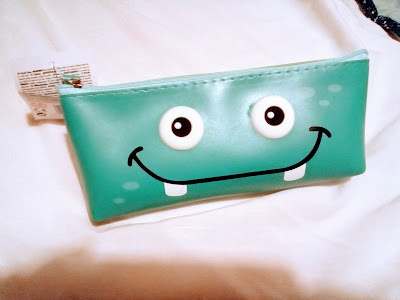 Not sure what I'm going to keep in him yet, but I'll think of something. Chargers, maybe.
Posted by Kirsty at 12:23:00 No comments:

"How will you define "success" for this collection?
Wow, good question. There are so many different metrics. At the end of the day, I need to feel like I’ve told the truth. So that’s the first measure of success for me. Beyond that, hearing that the songs found people where they were and helped them would be the second measure. And beyond that, I know my label and management hopes it succeeds commercially. I hope for that, too, because it will mean I can make another record and keep doing this work. Commercial success also reflects that you’ve struck a nerve and that it’s connecting with people, which is important to me as an artist who sees my music more as a way to serve than as a mode of personal expression."

I'm working on some commissioned illustrations about Nicodemus, to match with some previous illustrations I did of the woman at the well.


Interestingly, both stories mention the time of day the person spoke to Jesus - Nicodemus came to see Jesus at night; the woman met Jesus when she went to the well around midday. I might reflect this in the colours of the borders.

We are often told - as a fact - that Nicodemus came at night because he was worried that others would see him during the day, and that the woman came to the well at midday because she was a social outcast as a result of her immoral behaviour*, and she knew no-one else would be around at that time.

Or maybe Nicodemus was extremely busy during the day, and he came at the first opportunity he had. Maybe the woman had accidentally spilt the water she had already gathered at the normal time, and this was an unscheduled emergency trip.

The point is we don't know, and any suggested reasons - however plausible - should be clearly pointed out as speculation, and definitely not used to make important points.


*It's also assumed that she had been divorced 5 times. But maybe she had been widowed 5 times (or a mixture).
Posted by Kirsty at 12:25:00 No comments: