The name Jack Daniels means: The Lord is gracious; God is my judge.

This fascinating fact has been brought to you by a tangential mix of two separate episodes of Stargate, Google, and Kirsty's peculiar brain.
Posted by Kirsty at 16:16:00 No comments:

I finished the Cognitive Drawing course yesterday, and I did actually learn something! It didn't really feel like it while I was doing it, as it seemed to go out of my brain after I finished the exercise.


Some bits, like the pecs, were repeated multiple times through the course, and this helped, as each time you were building on what you'd learned.

It would be good to try the final guy again in a few days, as I had just done the final 5 pages, which meant they were in short term memory.


And then go through the whole thing again in a few weeks.
Posted by Kirsty at 15:50:00 No comments:

The same God makes people write songs in musical styles like the two below.
Both beautiful.*

*And also in lots of styles I don't like - but that's OK because he made other people that do!
Posted by Kirsty at 11:57:00 No comments:

The way I remember which is which:
Earth is the one that looks different, and it is different in function.
Neutral is blue, like water, and you don't get much more neutral than water.
Live is brown, just like people, who are also alive.

And if you discover that the wire in the extension cable you have just been using looks like this, don't use it again! 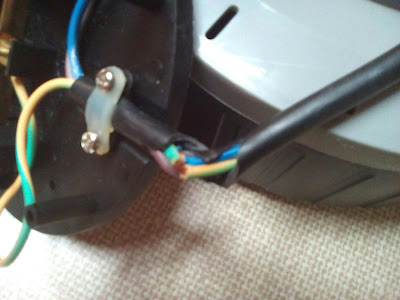 Back to school colouring picture

This was on my 'free downloads' page, but since school starts on Monday*, I thought it would make sense to flag it up here.

I'll put it out on Sunday night for the kids to colour during the sevice. 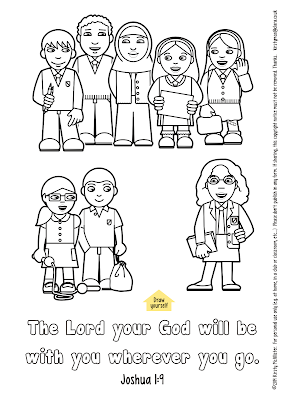 Warning: Keep out of reach of Children

The episode is set on a planet inhabited by people descended from Mediaeval Europeans. They are Christians, but seem to focus more on their fear of 'demons' than of God. They are being terrorised by an Unas monster which is posing as a demon but actually has a Goa'uld - an evil parasitic alien - living inside it.

Towards the end, the Unas comes threateningly towards Simon.

UNAS - Your God has abandoned you.
SIMON - My God is with me always.

Later, the canon describes what happened:

Simon…stood before it like…like David before Goliath. The demon threw him aside and then he fell.

I'm not sure what the canon - or the writer - meant by this. Possibly he's just referring to Simon's (uncharacteristic) bravery. But it seems to me that there's more to it than that.

It turns out that the Unas was not just going to attack Simon. It was dying, so the Goa'uld parasite needed a new host. And in the end it took over the canon instead.

At first I thought - well, naturally it would choose a self-serving and nasty man like the canon over Simon. 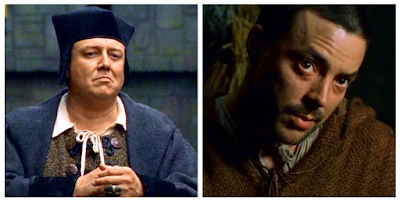 But being a nice person has never saved anyone from being taken by a Goa'uld before. Daniel's wife and brother-in-law, for example. That's what makes the Goa'uld so scary - anyone, even good guys, can have their minds taken over by them and be used for evil.

But Simon is not just a good guy. Like David, God is with him. It's not his own strength that protects him, but God's. That's what makes the difference.

At least, that's how I interpreted it.

I signed up for the beta testing of Jason Brubaker's Cognitive Drawing course.

By the end of August I should have a basic understanding of the anatomy of the whole front view of the body. Here's hoping...

Because it's for the beta test, you have to do it regularly to get it done on time. A commitment like this is a really good incentive do actually do it.

If course, I do have a basic knowledge of anatomy, but it's very shaky in places. The idea is to memorise it so you don't have to rely on reference for every little thing. If only I'd had this before I struggled with this. 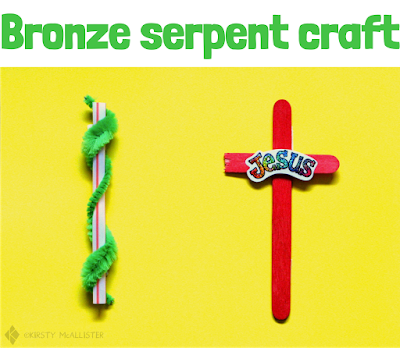 Another one to pin on pinterest. We did this a few years ago.

Would be ideal for Nicodemus too.


Snake is a pipecleaner wrapped round a drinking straw. We used those thick and thin pipecleaners, but normal ones would be fine.

Cross is one and a half lolly sticks - an adult can cut these with scissors. A Jesus sticker finishes it off.

Stick together with sticky tabs or glue dots.
Posted by Kirsty at 22:30:00 No comments:

per pound, fireflies are brighter than the Sun

~Randal Monroe (xkcd What If)