I have a Silhouette machine*
Today it decided to try some designing on its own.

I cut out some fairy wings. Look quite nice - but... 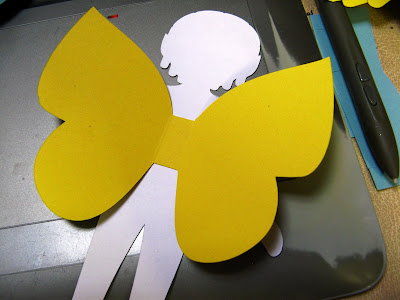 'That's odd,' I thought, 'I didn't remember designing them with points.'
So I went and checked. This is what I actually told it to print: 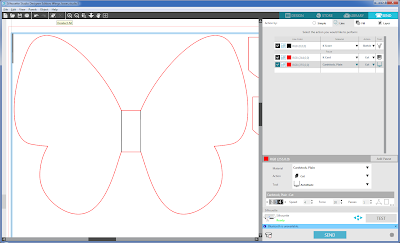 Anyway, I then did some adaptions to the wings and cut them out again. This time I copied and pasted it, so it would cut two identical pairs: 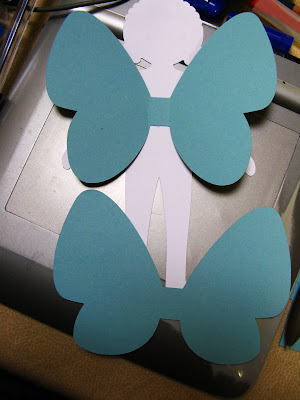 *a machine that cuts stuff - a bit like a printer with a blade instead of ink.
Posted by Kirsty at 19:34:00