The good thing about getting it all wrong twice, is that I ended up with a much better picture than I would have if I'd just done it once. 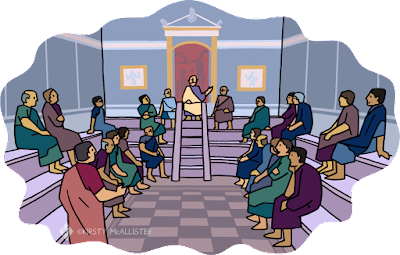 I decided I really liked the symmetrical layout of the original. But I used my sketchup model to get more perspective. 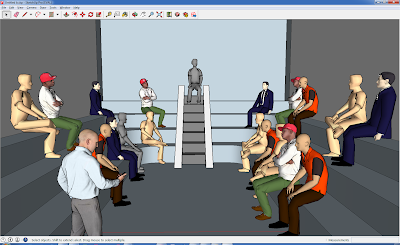 Because Paul is so small and wearing clothes that don't stand out much, I've used the colours of the (greatly simplified) roman wall decor to draw attention to him. Also he's the only one who has much contrast in his clothes. And the perspective points roughly to him.

Still not the best picture in the world, but does the job.

Not actually sure when I'll finish this PowerPoint, as I'm wondering about doing some Christmas prophecies - not least because I would find it useful myself this year!
Posted by Kirsty at 21:32:00